The Who – Hits Back Tour 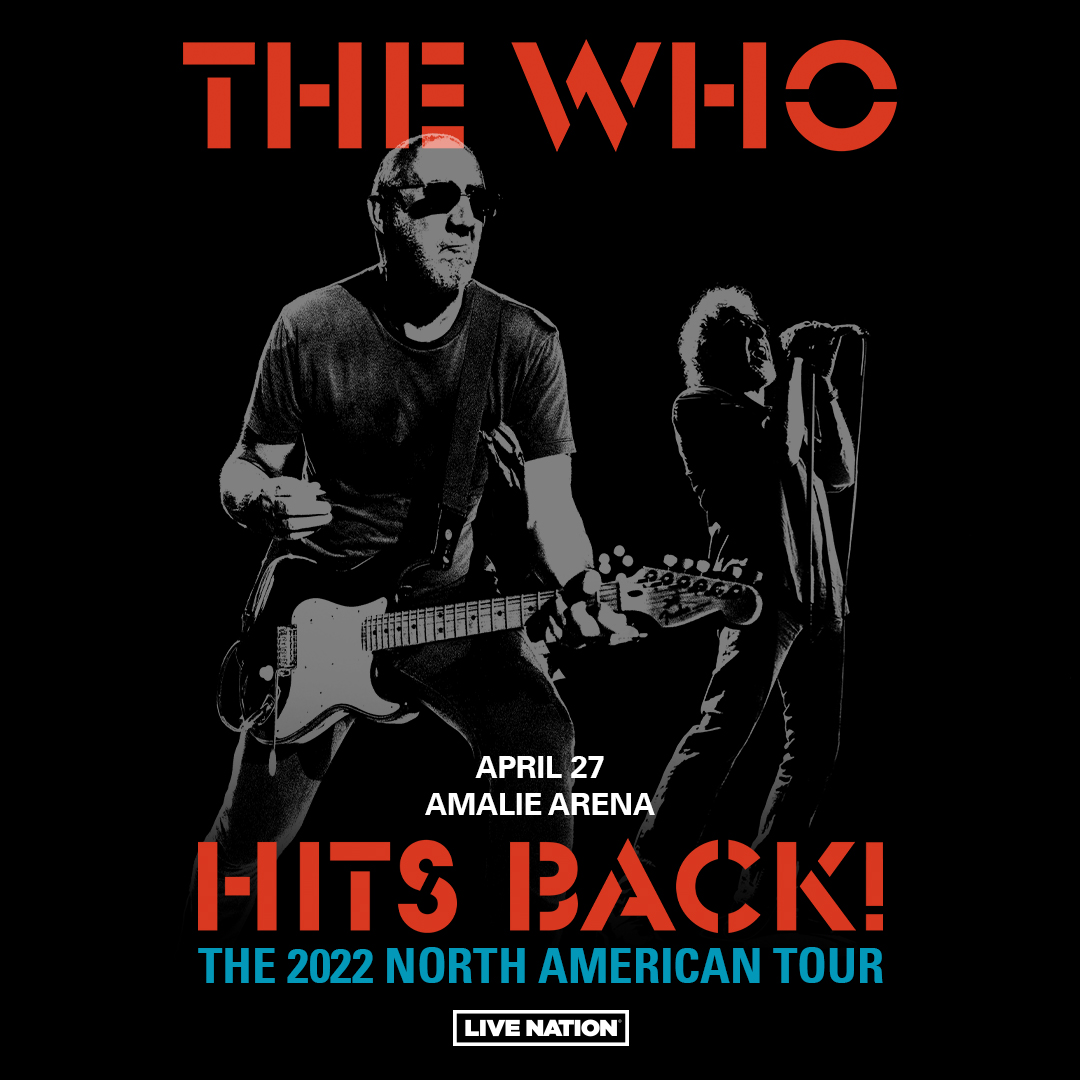 Legendary rock band The Who have announced a brand-new tour for 2022, THE WHO HITS BACK! The iconic band’s upcoming North American trek promises to be another rock n’ roll knockout, bringing singer Roger Daltrey and guitarist/songwriter Pete Townshend back to U.S. venues two years after their acclaimed MOVING ON! Tour, which wowed audiences with a series of sold-out dates. THE WHO HITS BACK! Tour will again share the stage with some of the finest orchestras in the U.S. and Canada.

Commenting on THE WHO HITS BACK! Tour, Roger Daltrey says, “Pete and I said we’d be back, but we didn’t think we’d have to wait for two years for the privilege. This is making the chance to perform feel even more special this time around. So many livelihoods have been impacted due to Covid, so we are thrilled to get everyone back together – the band, the crew and the fans. We’re gearing up for a great show that hits back in the only way The Who know how. By giving it everything we got.”

The Who’s wildly successful 2019 MOVING ON! Tour brought the band’s iconic brand of incomparable rock through 29 cities, including a rollicking sold-out show in Boston’s historic Fenway Park, and a memorable Seattle show where Pearl Jam frontman Eddie Vedder joined them onstage for a rousing version of “The Punk And the Godfather.” The tour generated the most unanimous outpouring of acclaim from critics and fans of any live rock show in 2019, winning raves across North America for the orchestral dynamic as well as the duo’s cathartic rock firepower and intimate acoustic numbers. “They’re not getting older. They’re getting better. You better, you better, you bet,” hailed the Worcester Telegram, with Pollstar Magazine affirming “Daltrey is in peak form, and so is Townshend, lavishing his trademarked windmill guitar motion.”

For more information about THE WHO HITS BACK! 2022 dates, visit LiveNation.com or thewho.com.